Protecdiv comments on the FHFA’s proposed capital rule for the GSEs
August 28, 2020by protecwm 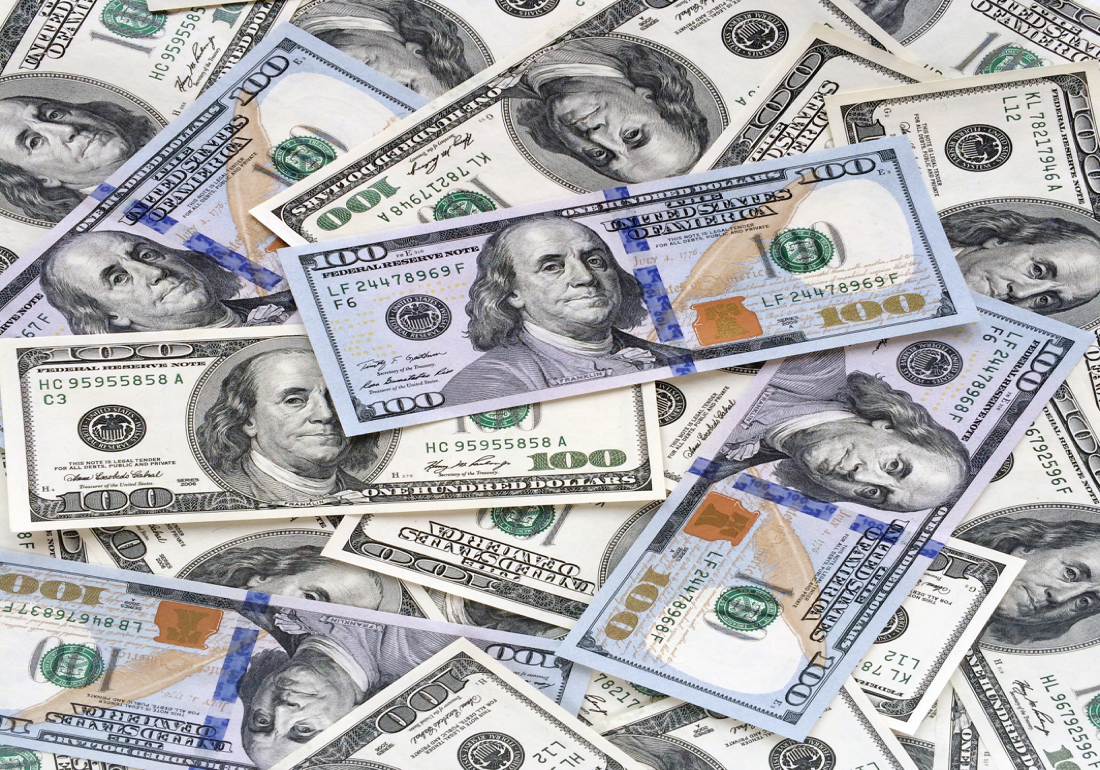 The Enterprise Regulatory Capital Framework should be designed to encourage expanded access to mortgage credit for lower and moderate (“lower”) income primary residence home purchasers. There must be conscious and explicit recognition of the importance of lower income mortgage lending. The Framework should include a capital benefit relative to other loans to support these mortgages, not just a reduced penalty. Tools like CRT, which has become an important component of GSE risk management, should be used as a powerful lever to ensure consistent support for lower income mortgages.

By enhancing the capital benefit to lower income home loans and leveraging third-party capital through CRT, the FHFA and the GSEs can ensure that they maintain and expand their social capital – their publicly granted “license to operate” – and are able to fulfill their goals of a competitive, liquid, efficient, and resilient mortgage market for all qualified borrowers.

The arguments for limiting access to credit for lower income borrowers are always the same. – “Lower income lending is challenging.” “Lower income borrowers tend to have lower FICOs, higher DTIs, and single borrower status.” “These loans have smaller balances, increasing the relative marketing and servicing expense, which lead to reduced returns.” – When we accept these arguments as “just the way it is”, we perpetuate the problem and doom our lower income communities to the same historic outcomes.

These outcomes include significantly lower rates of homeownership for lower income borrowers, black people, and other people of color. They include an everyday banking system that incents many lower income people to use payday lenders because they can be significantly cheaper and more flexible than traditional bank checking accounts. They lead to lower rates of spending within neighborhood communities limiting access to products and services and to lower rates of job formation in these neighborhoods. All of these lead to lower tax bases and, therefore, lower quality public school options, which leads to a less educated populace, with lower paying jobs. Then we start the vicious cycle again.

Today, these outcomes are mostly unintentional. But we cannot discount the effect of explicitly intentional policies such as redlining by lenders and insurers in the past. Or that many people were legally barred from certain neighborhoods, limiting their ability to participate in asset appreciation or quality schooling for their children. Or that softer redlining is still occurring. Just this week, the New

York Times reported that “Black Homeowners Face Discrimination in Appraisals”, which can lead to limiting black people’s participation in asset price improvements even when they’ve found a way to get the right home in the first place.

The mortgage industry can’t solve all of these problems. But it can, and must, make a more significant effort to level the playing field than ever before. So how, in the context of the FHFA’s proposed Enterprise Regulatory Capital Framework, do we do this?

The mortgage industry must make a more significant effort to level the playing field than ever before.

First, we must recognize that lower income homeownership lending is important. Half of our nation’s households, by definition, raise their families on less than median incomes. And many of those people live in densely populated areas with higher costs of living or in sparsely populated areas with reduced access to community lending options. If we are to ensure that our Republic continues to be the beacon of democracy and opportunity that it has always aspired to be, lower income citizens must participate in our nation’s good fortunes.

Second, we must put explicit intentional mechanisms in place to dramatically increase access to affordable and sustainable credit. As described in their Charters, it is a duty of the GSEs to support lower income homeownership, even where there is an “economic return that may be less than the return earned on other activities”. These mechanisms may include outreach and marketing as well as financial education programs to source and equip borrowers for long-term success, or proactive intervention during individual, regional, or national stress periods. But they must also include significant consideration in the sweeping capital framework reforms proposed in furtherance of the GSEs’ recapitalization and release from conservatorship.

Third, we must ensure a virtuous, reinforcing cycle is created that ensures fair access to credit in all markets. This means that tangible, financial incentives for increasing lower income mortgage lending must be built into the Capital Framework. Those incentives must drive pointed capital towards lower income lending, both through the Enterprises’ own equity capital and through the use of third-party capital. The system must be designed such that the incentives to support lower income lending are not weakened due to stress times or boom times.

The proposed Capital Framework does not go far enough to encourage a robust market of lower income mortgage lending. It does take an important step by eliminating the small balance and one-borrower single-family mortgage risk multipliers, but should go farther.

As stage setting, it is important that the significant improvements in the loan underwriting and manufacturing process the GSEs have made over the last decade are not relaxed. The goal is to help more qualified lower income individuals become homeowners and to do so in a way that strengthens

the long-term stability of the housing market. (Though we don’t attempt to address it here, there is certainly room for new considerations of what “qualified” or “borrower creditworthiness” might mean.)

Rather than relaxing standards, we should put incentives in place for the GSEs and their distribution partners to innovate around lower income lending. Perhaps the capital benefit, and its effect on pricing, could be shared between the distributors (as an incentive to find qualified lower income borrowers) and the ultimate borrower (reducing the overall cost of homeownership, thereby increasing homeowners’ ability to sustainably service their mortgages).

As stated in the GSEs’ Charters, lower income lending may

produce an “economic return that may be less than the return earned on other activities”. This implies that this lending should still produce a positive return. A low, though positive return should be the target of this Capital Framework as relates lower income lending.

This means that the capital required to support these mortgages should be just above the expected case, with little additional capital buffer. Buffer capital is built into standard income loans which make up the vast majority of GSE loans, supporting the overall capital buffer needs of the GSEs.

Though these measures reduce the capital held against these loans, the increased rate of homeownership should increase the overall stability of the neighborhoods in which these loans are made, leading to improved outcomes for homeowners, and reduced losses to the GSEs. These are longer-term benefits which fits well with the GSEs mission. The GSEs support the only major housing market in the world that has the 30-year fixed rate mortgage as its centerpiece. The Capital Framework should also be explicitly playing for the long-term.

CRT Can Be a Benefit to Lower Income Mortgage Lending

CRT is an important risk management and risk transfer tool for the GSEs. As most modelers seem to agree, risk transfer to the private market improves system security and reduces the GSEs likelihood of financial stress. CRT can also be an important and sustainably impactful tool to support lower income homeownership.

In stress scenarios, there is often an “flight to quality”. This can mean investor flight to U.S. debt instruments or the most highly rated corporate bonds. It can mean insurance and reinsurance buyers’ flight to the most highly rated and capitalized insurers and reinsurers. And during housing market stress, it could mean flights by capital providers to support only the highest income, highest credit borrowers. CRT can be a mechanism to help ensure that high quality lower income borrowers are not left behind.

CRT would also help the GSEs appropriately price lower income mortgages. As stated previously, the objective is to support these loans even where there is an “economic return that may be less than the return earned on other activities”. Finding the price point that generates an acceptable and sustainable return will be a constant challenge as the market evolves and moves through its cycles. It will be valuable to all U.S. mortgage market stakeholders to have confidence that the GSEs pricing view is supported by a wide array of sophisticated investors who are putting significant funds at risk. This third- party capital view of risk will bring greater transparency into fair housing pricing.

Having third-party support for lower income homeownership requires that CRT remain an integral part of the GSEs’ capital structure. CRT has proven to produce a significant capital benefit to the GSEs. Therefore, there should not be any reduction of capital credit for CRT transactions as this action would make it more difficult for CRT participants to provide much needed support for lower income communities.

The Enterprise Regulatory Capital Framework focuses mostly on the GSEs equity capital with additional considerations for third-party risk-taking capital. It should also consider social capital. Social capital has been described as a “license to operate” granted by the community a company serves and operates within. The GSEs have been granted an extremely broad license to operate.

Even as private companies freed from conservatorship, maintaining that license requires delicate care. The GSEs are the principal stewards of an enormous and diverse U.S. mortgage market that must sustainably serve the housing needs of the poor and the middle class in addition to those more well off. The GSEs must find new and innovative ways to help all people grow and preserve wealth and to participate in our country’s financial successes. They must limit taxpayers risk by encouraging private market risk-taking capital support at fair returns. And their interactions with the community must be transparent and clearly demonstrate the societal benefit that the GSEs produce.